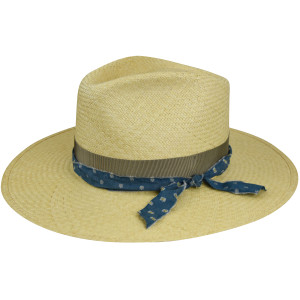 Eventually, two distinct areas became known for hat weaving. Montecristi became known for making the best hats available, while Cuenca became known for producing a large volume of hats. Production has spread a bit and isn't as centralized in these towns like it once was, but Montecristi and Cuenca remain the two most important areas for Panama Hat production. When hat production became more organized in these areas in the mid-1800s, sellers expanded outside the country to grow their business. Panama is the smallest stretch of land between the Atlantic and Pacific Oceans, so it's the quickest way to travel between the two. This made Panama a much busier, active place than Ecuador, so it became a popular place for companies to sell their hats. Despite the country of origin, this led to people calling the hats "Panama Hats". Also, Theodore Roosevelt was pictured wearing a finely woven straw hat when the Panama Canal was being built, resulting in more people using the term.

While you can certainly still find finished hats in Ecuador, the foundation of the weaving economy is based on exporting hat bodies to hat companies in other countries. Those bodies are finished with the crown shape, brim shape, trim, and other custom attributes that those hatters choose. Ecuadorian artisans have passed down weaving and plant-harvesting techniques for centuries; regularly recognized as the finest straw hatmaking methods in the world.

What Material is Used to Make Genuine Panama Hats? (2) 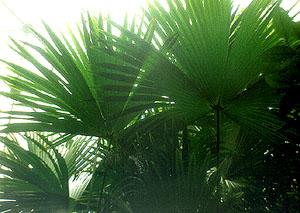 Strands from the stalk of the toquilla palm (Carludovica palmata) plant are used to make real Panama styles. This plant is native to South America, growing especially well in the country of Equador. This tropical plant grows to about 5' to 8' in height. Unlike other palm plants and trees, toquilla palm grows a stalk rather than a woody base. It takes about 24 stalks to produce a quality hat. If a straw hat is made with anything but toquilla palm, it is NOT a true Panama Hat.

What Process is Used to Make the Finest (Montecristi) Genuine Panama Hat Bodies? (3)

You'll be exhausted just reading the steps to make a Panama Hat! This impressive process takes a lot of patience, work, and knowledge to complete. 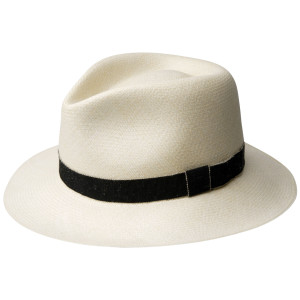 1. The best toquilla palm plants are found in the forest, and the best stalks are harvested from those plants. They are cut in a way that allows for future re-growth

2. Stalks are cut with a needle or thorn and the inner material is removed. This is the material that will be made into the straw strands used to weave the hat body. The straw is bundled for transport. Only the best straw is used for hats. The rest is used for things like furniture, purses, and building supplies.

3. Each bundle is boiled to soften the fibers. Getting the boiling time right is crucial to softening the fibers without getting damaged. After boiling, each individual strand is separated to ensure even drying.

4. The straw is put into an oven for smoke bleaching using sulfur. After 24 hours in the oven the straw is removed and cut to even lengths.

5. Straws are again separated by quality. The best are used for fine hats while the rest are used for cheaper, lower-quality hat bodies. The very best strands are split into very thin strands to be used for the finest hats with an incredibly tight, dense weave pattern.

6. The strands are tightly woven to form the armadoâ. The "armado" is the very center of the of the "plantilla", the middle center of the crown. This will be the start of the actual process of weaving the hat body. This step is often not done by the weaver, but by a specialist called an "armador". The finished brim edge is called the "remate".

7. The crown and brim are woven to the correct size. This step alone can take up to several months.

8. The weaver passes the hat onto another specialist known as a "rematador". The "rematador" uses a special weave that brings the straw back into the brim to prevent it from unraveling.

9. Yet another specialists, the "ajustador", tightens all of the strands on the "ramate".

10. All of the extra-long strands left are cut.

11. The hat body is washed in a process called "lavado". The bodies are then air-dried for 24 hours.

12. The bodies are put in the oven for another smoke cleaning. They are removed after 24 hours and trimmed again.

13. The next step is called "paliado". The hat body is beaten with a wooden mallet to even out the straw and make it more pliable.

14. The next step is called "planchado". The hat body is sized with a wooden block and a break line is created to separate the crown and brim.

15. The hat body is now ready to be delivered to the milliner or hat company that purchased it. The body is ready to blocked into its final form.

Information was used from the following websites: