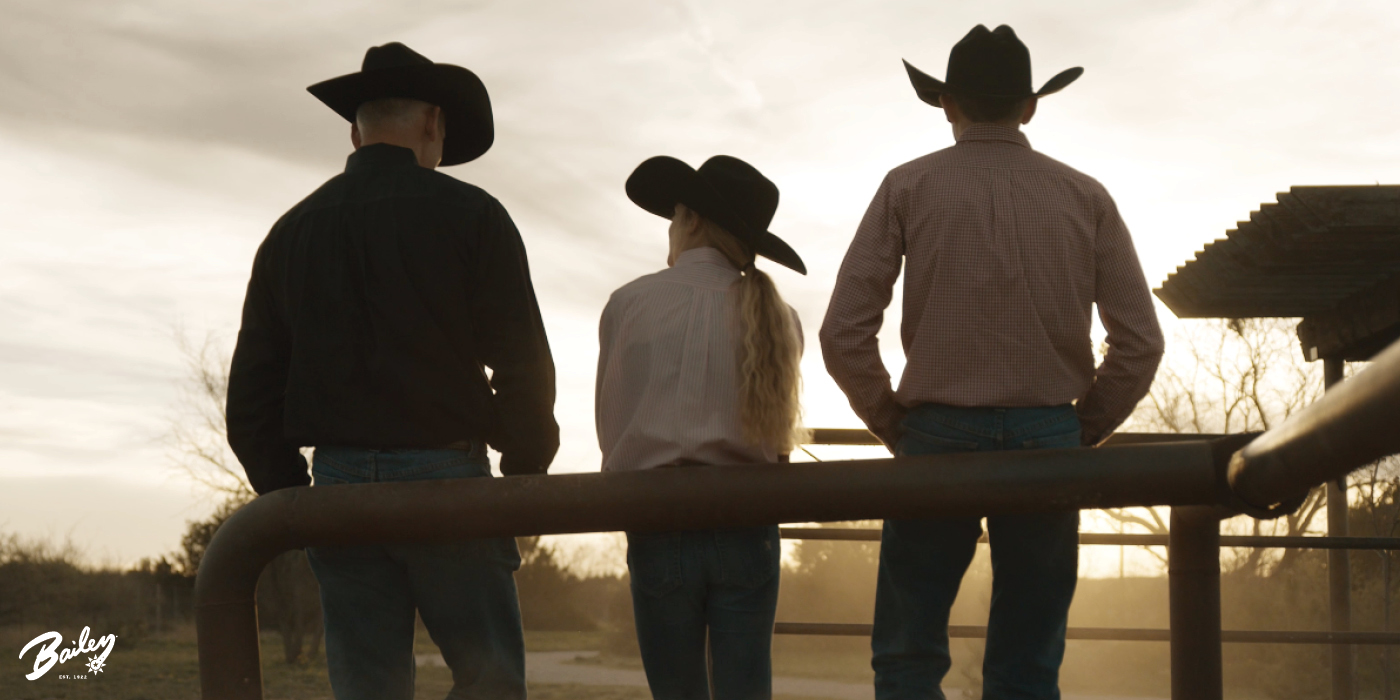 As George S. Bailey saw his company expand along with the growth of the western part of the United States, he stayed true to the basic, yet unmistakable idea that he had in 1922 when it all started: make the “best hat possible.”

With leading men and movie stars of Hollywood such as Cary Grant, Humphrey Bogart, and Gary Cooper already wearing his hats on the big screen and out on the town, the Bailey Hat Company also saw impressive growth in the Bailey Western hat division of their company as more and more people were pushing out to the Pacific coast.

Bailey Cowboy hats were in high demand as larger-than-life oil tycoons, industrial businessmen, and cattle ranchers along the California coast recognized the high level of craftsmanship and eye-catching style that the Bailey Hat Company produced. Everyone, including movie stars in Hollywood, appreciated the supreme quality of the product – and Mr. Bailey recognized the need to produce hats that catered to this booming “New West” market.

Today, Bailey cowboys hats are largely crafted on the same blocks that were originally used over 90 years ago, and the milliners making Bailey Western hats are still as dedicated to crafting the “best hat possible” for today’s stylish businessmen and hard-working ranchers as the ones who started back in 1922. For those who recognize quality and fashion, the Bailey Hat Company is the ultimate place to find and add an industry-leading product to your own collection.

At Hats.com, we offer dozens ofBailey cowboy style hats and other offerings to choose from in theBailey Western Collection to get you the perfect combination of style and function. If you need a crisp, clean cowboy hat for formal functions or if your purchase is intended for everyday use out in the elements – you will find the perfect item in our selection of Bailey Western hats.
category
/Brands/Bailey Western 1401 1395 Bailey Western https://www.hats.com/brands/bailey-western /media/catalog/category/Hats-Stage2-1400x700-ALL-BRANDS-143.jpg 1 3
position