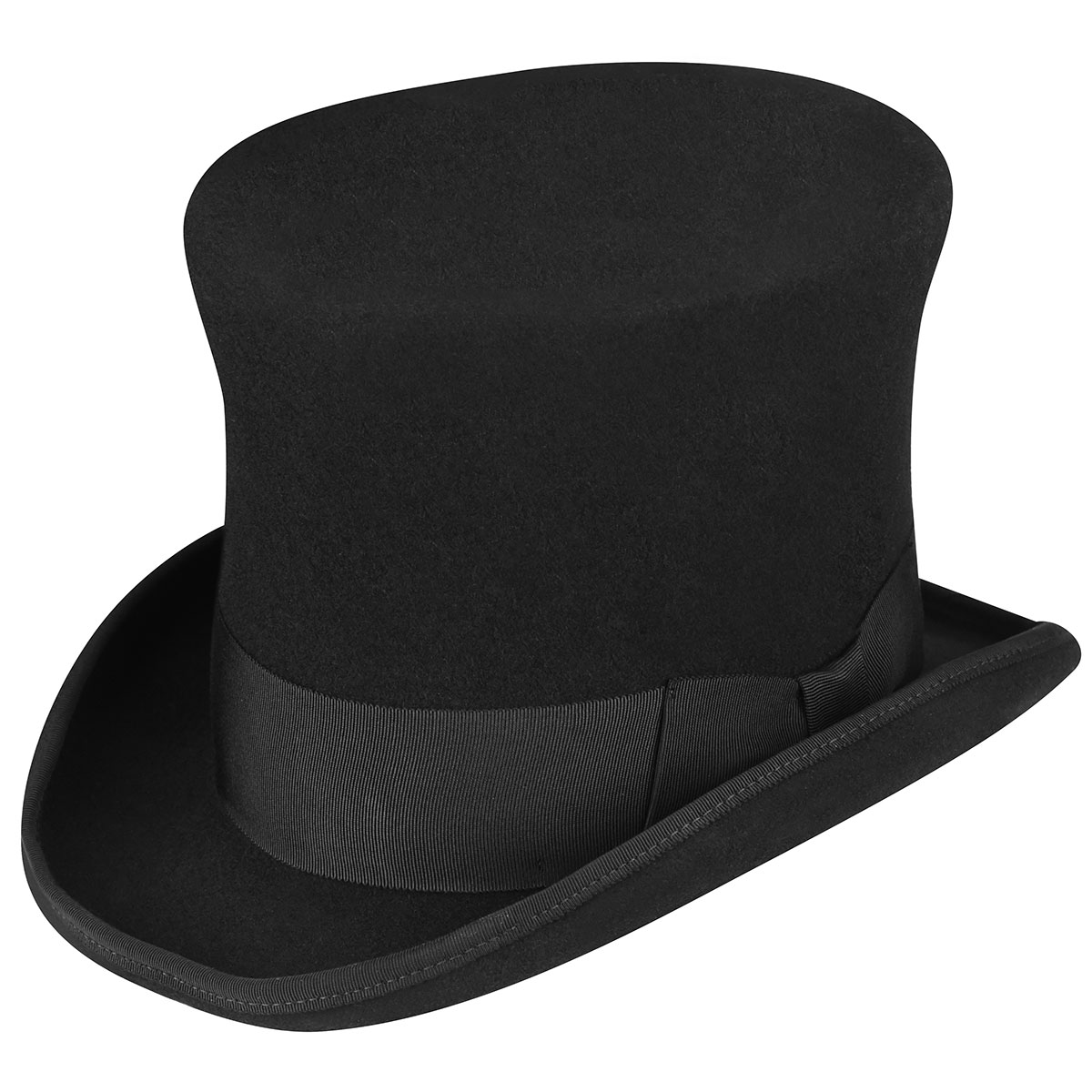 Skip to the beginning of the images gallery
Details
The top hat caused a riot the first time it was seen on the streets of London. The perpetrating "haberdasher" was John Hetherington, the hat's designer, who first adorned the style publicly in 1797. According to a contemporary newspaper account, passersby panicked at the sight and ran in terror. Hetherington was hauled into court for wearing "a tall structure having a shining luster calculated to frighten timid people." He was fined £500. By the 1880's, the top hat was worn by men of every station in life for daily and formal wear without fear of fines.

The Bollman Hat Company shaped these hats on five-piece wooden blocks which were cured in ovens. Bollman's "hour glass" shapes are still hand blocked and cured in this method today.

This hat comes in a special edition Bollman Heritage Box.