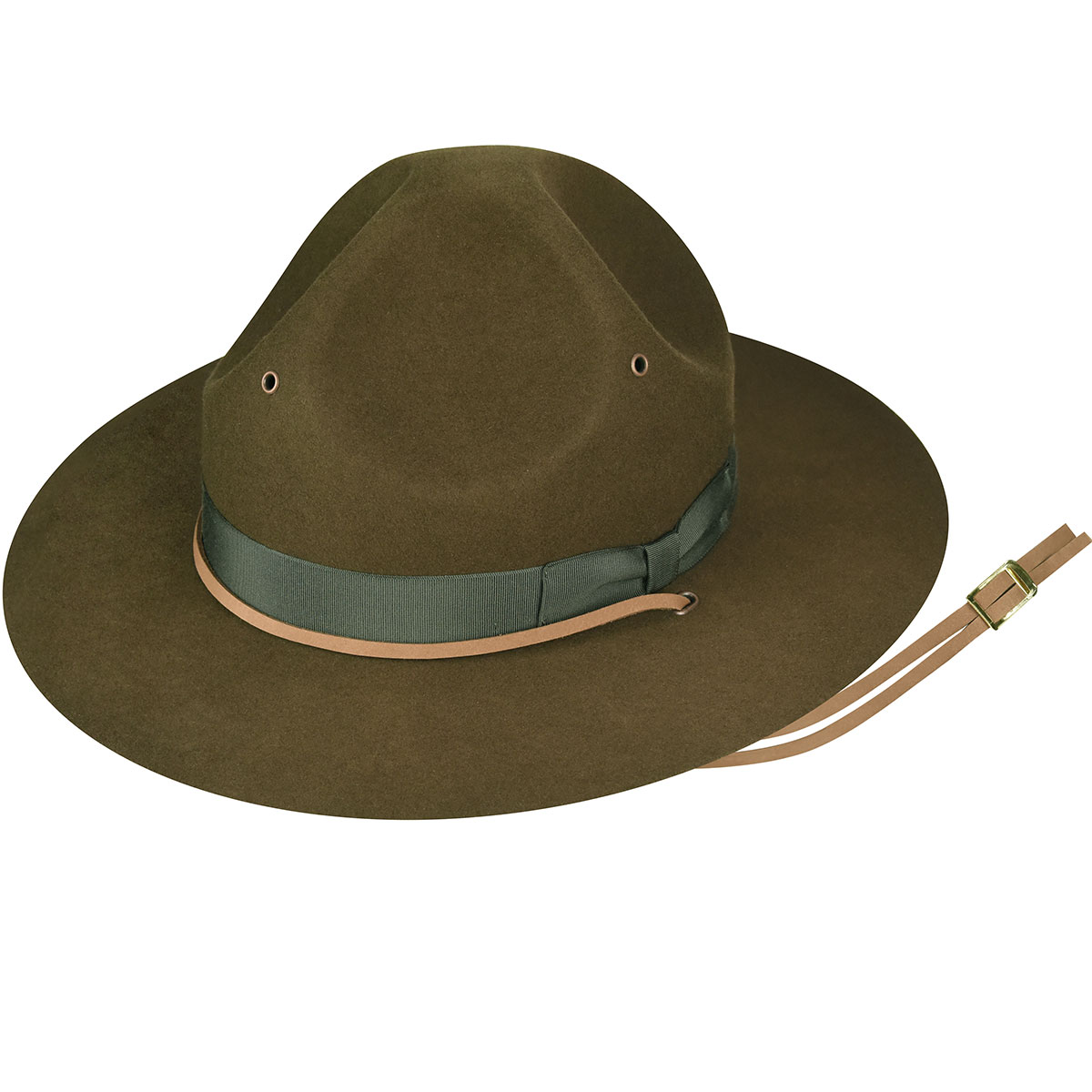 Skip to the beginning of the images gallery
Details
The 1910's saw the advent of a true piece of Americana in the Montana Peak Hat. Its popularity "peaked" on September 8th, 1911 when it was adopted by the United States Army. What began as a military standard has since become a symbol of both protection and conservation as uniforms of state troopers and park rangers nationwide.

The Montana Peak has run the gamut from civic service to the great outdoors. And as the Great War loomed, the Bollman Hat Company produced these hats in abundance for the U.S. Army. These historical hats are still produced by Bollman today.