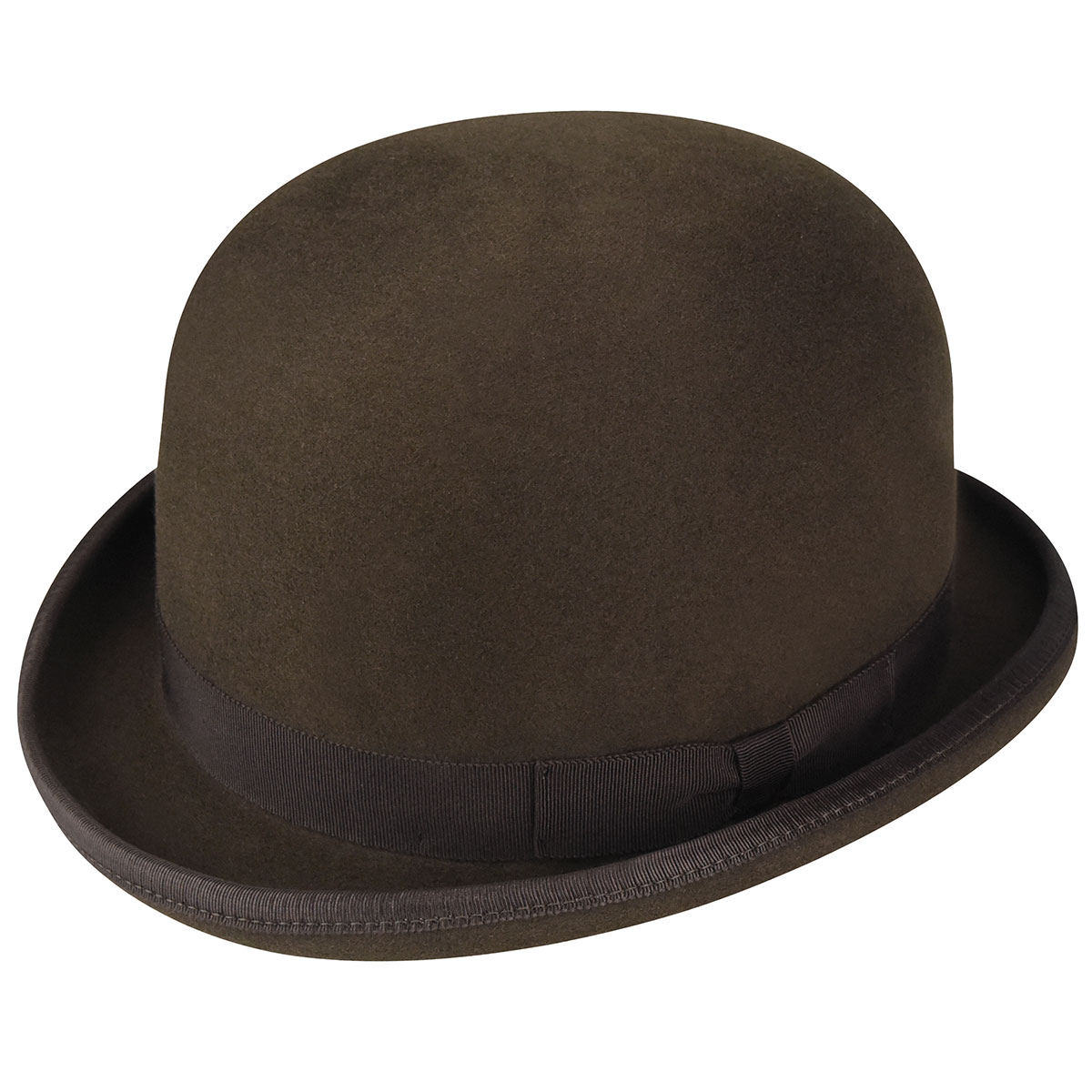 Skip to the beginning of the images gallery
Details
The bowler hat was designed by the hatters James and George Lock in the central London district of St. James around 1676. The Locks sent their design to hatmakers Thomas and William Bowler, who produced a prototype of the hat and renamed it 'The Bowler'.

Peaking in popularity towards the end of the 19th century, the style offered some middle ground between the formality of the top hat associated with upper classes, and the casual nature of soft flat hats worn by working classes. As the traditional headwear of 'gentlemen', the bowler has become something of an English cultural icon.

Back in the states, the Bollman Hat Company has consistently produced the timeless Bowler/Derby style throughout its 140 years of operation, in catering to a demand that has endured for decades.